How do I set up my TP Link Powerline Adapters? My adapter buddies won't connect.

Written by Callie Troyer
Updated over a week ago

For our partners who do not have Wifi and who do not have an available data jack close to the Hub, we will send you Powerline Adapters. Powerline adapters use an existing link between power outlets to create a sort of "wireless" hardwired solution.

Powerline adapters can be super reliable or quite finicky depending on where they are installed, so we only use them as a last resort. If you have the option of installing another data jack, using a network switch, or simply moving the VaxHub to another location, we would prefer you do so.

For those partners who still need Powerline Adapters, keep on reading!

Your TP Link Powerline Adapters will come in a box that looks like the one in the image below. It will contain everything you need to get started! 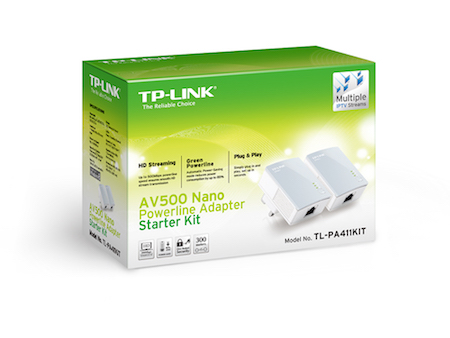 Take the contents out of the box. You should have two of the white adapter boxes (shown in the image below), as well as two white Ethernet cables. 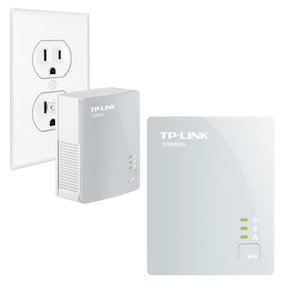 Next, connect the pieces as shown in this image from the manufacturer. 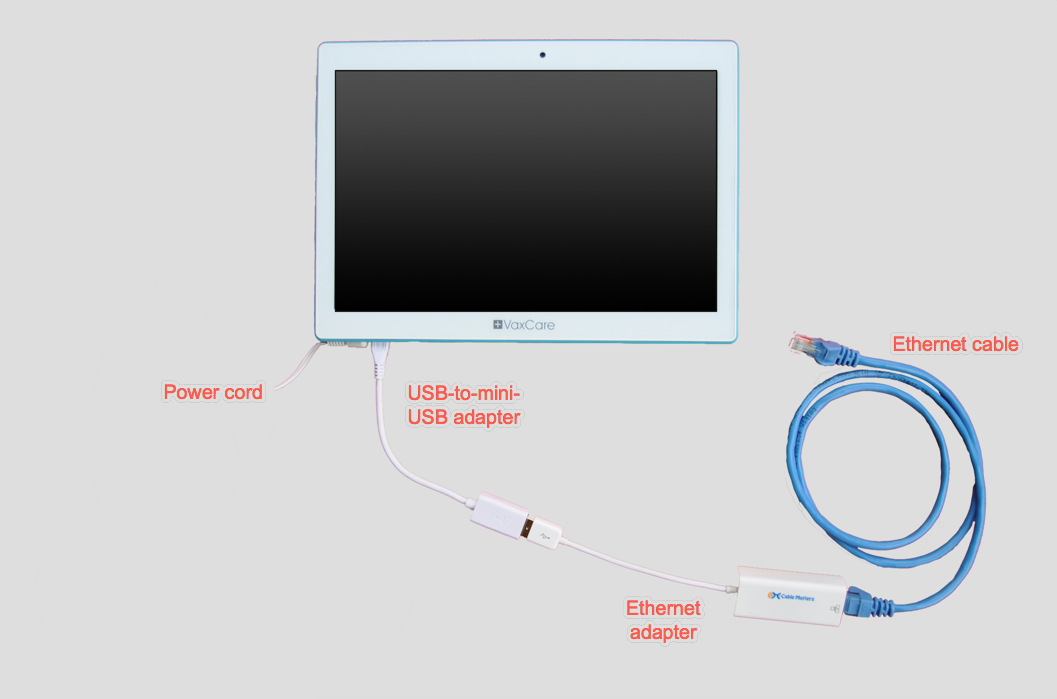 Plug both adapter boxes into power outlets. Then, select "Pair" on Adapter Box A. Each adapter box has a series of three lights. Once you select "Pair," the Power LED should illuminate within a few seconds, and the Powerline LED will start blinking. Within 120 seconds, select "Pair" on Adapter Box B. Give the system 30-60 seconds to connect. Once connected, both adapters should have solid green Power LEDs and Powerline LEDs. The Ethernet LED should either blink or stay on continuously, indicating a connection to the network has been established. 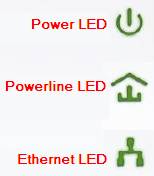 At this point, you should be able to access the network from your VaxHub. To test, simply tap on the Google Chrome app and try to go to any webpage. If it works, you're good to go! If you cannot pull up a webpage, check out our troubleshooting tips below.

If your powerline adapter "buddies" do not seem to be communicating with one another -- particularly if they paired easily on a power strip -- double check that the two power outlets you are trying to use are on the same circuit. The best way to test this is to see if the network connection is established when both adapters are plugged into the same outlet. If the adapters work, it is likely that the power outlet you have chosen for the VaxHub is on a different circuit. In this case, you will need to find two outlets that are wired on the same circuit and begin again with the adapter setup.

It is not recommended to use a power strip for either of the two power outlets once the devices have been paired, as the power strip can disrupt the connection, particularly during a power outage. However, for our partners who do not have another choice, just keep in mind that it is normal for your Powerline Adapters to become disconnected periodically related to the power strip. Follow the instructions above to reconnect as needed.

Still have questions? Reach out to our Customer Care team. We're happy to help! Message us directly by clicking on the blue Intercom bubble in the bottom right corner of your screen. Email us at help@vaxcare.com. Or call us at 1-888-829-8550.

Did this answer your question?